Guys, 7 Things We Need to Stop Doing This Year

Posted by: sadiqduniya in Uncategorized 2018-02-10 Comments Off on Guys, 7 Things We Need to Stop Doing This Year 87 Views 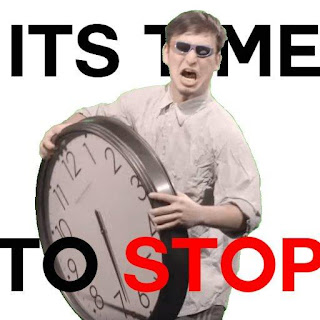 At Nigeria Online Business, we have been sharing opportunities that Nigerian youths can exploit to becoming financially free. We are taking a break this weekend because as the saying goes, “all work without play makes jack a dull boy.”
It is plain foolishness to keep doing the same thing and expect a different result. That was the quote of Albert Einstein rendered in my own words.
Quite a lot of information circulated in the Nigerian cyberspace in the last one year that was aimed at helping guys up their dating game. The default dating game many guys learned had made them spineless and act in ways that was worrisome.
Trying to capture the vast knowledge that was shared last year is quite tasking. Nevertheless, I’m going to compress them into 7 important points. They are actionable and can be quickly implemented. The aim, like other enlightenment articles for males, is to free men from the default shackles of relating with women till we have more of alpha males and less of beta males.

Ads:
Exposed Secret Of How A Former School Teacher Makes Over N100, 000 Daily As An Affiliate Marketer. Click To See It Now 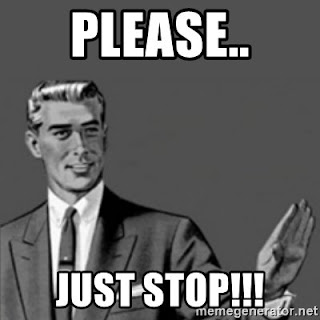 1. Stop trying to earn her approval
It’s sickening to what extent some guys go just to get compliments from them. They are eager to project their image to women and want females to notice it. In 2018, this nonsense needs to stop. What do you need their approval for? Does it increase account balance? Men must quit thinking about what a woman would say and do what they think it’s right in their eyes.
Here’s the irony of this point: the more a guy tries to earn an approval, the less he’s likely to get it because women are good at spotting desperation from a mile. Trust me; you will work too hard for it. But men who don’t even try to earn it get handed the approval on a platter of gold.
2. Stop tolerating her bad behaviour
Haven’t you heard guys say “don’t show a woman you love her or she would take you for granted.” Let’s dissect that statement quickly. What the statement actually implies is that when a man loves a lady and she realizes it, she can act as she likes and the guy can do nothing about it. However, many guys don’t just tolerate bad behaviour because they love the lady but also because she is pretty hot.
If a lady breaks any of your rules of treating people, call her attention to it like you would to anyone else. Even if you love her, stop enduring it when she breaks any of your standards! Most ladies are used to beta males swallowing anyway they act; you need to show you are otherwise. She may get shocked the first time that you dare register your displeasure because she thinks “who does this guy think he is?” Make sure she apologises whenever she comes out of her shock. If she doesn’t forget her! Just don’t tolerate bad behaviour in 2018!
3. Stop playing the hard to get game with her
It’s a silly game! Even if you sinned against God, you don’t need to pray for weeks or months to receive forgiveness. So why should her case be different? Moreover, a woman benefits more from the relationship than you would, so why the fuss?
In 2018, be man enough! Set limits to how far with how you will go in asking a lady out. If they speak to you about their female pride, speak to them of your male ego. She shouldn’t waste your time in the name of trying to prove her worth; you also have your own worth! Besides, world population figures show that women are more than men. So relax; if you’re patient enough, you’d find someone better than her on many fronts.
4. Stop quitting your friendships and hobbies because she wants you to
Many guys are now fond of ending their friendships or quitting their hobbies because a female spoke against it. Incidentally, the guy cannot make such a request of her or else she gets angry. This is the height of weakness! Why quit watching football with hommies simply because she condemned it or stop hanging out with a long time friend because he doesn’t like it?
When a lady comes into your life, she had better like you for who you are and not who she imagines you to be in her head. Love accepts people the way they are; manipulation seeks to change them to suit selfish desires. A man should define a lady’ boundary in his life from the scratch of dating and refuse to let any of her gimmicks get to him (cos she’s going to try.) 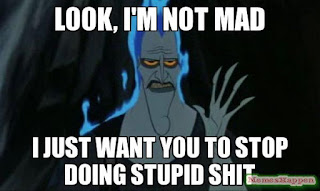 5. Stop trying to be a man on women’s terms
“This is how men (and not boys) behave.” “Real men don’t do this.”Do these statements sound familiar? Which gender makes statements like this the most? You guessed right! Women resort to this when they want a man to tell men how to behave or not behave. But the question is: “how can a woman teach a man how to be a man?” It’s ridiculous!
When women say things like this, they are trying to appeal to the male ego and baiting you to “live up to expectation.” This is 2018! You must stop collecting tutorials on how to be a man from a woman! Common sense is not the exclusive preserve of the female gender! Think for yourself and do only what your mind tells you is right!
6. Stop spending on every girl around
Being a nice guy shouldn’t continue this year. The habit of spending recklessly on every girl should cease. This doesn’t mean you should not provide assistance once in a while, but you need to quit trying to show you’re nice and caring to a woman. You can tell if this point is speaking to you by asking how much you give to your fellow guys in comparison to what you give to the other gender.
As a guy, saving and investing should be your top priority. Have you been doing that? The good news is that you can’t do it enough. Even Bill Gates is still earning till today! You earned your money by racking your brains (and using your hands), don’t give out with your heart. Women tend to forget the sacrifice you make to give to them because another guy would out-perform you the next day. Save yourself the stress! If you must spend on a lady, make sure she’s worth it by your own terms…but still use your head!
7. Learn to say no to their advances
Whosoever determines whether or not sexx  occurs is the boss in the relationship. Too many men are in a haste to say yes whenever a woman indicates interest in sexx. It looks to pathetic because it makes men do all manner of things for the cookie.
This 2018, choose to say no to a woman. It will boost your sense of pride as a man and ultimately elevates you above the league of the usual guys. It’s time to turn tables!

ADS:
Gbenga The Ordinary Naija Guy That Makes $2971 Dollar Monthly As A Freelancer Reveals His Secret Tricks. Click Here To See It Before They Take It Down

For bloggers that steal content: Please know that we spend a lot of time and finance on content creation and we do not tolerate plagiarisms. If you can’t put a link back to this post, please don’t use it. We will report your blog or website to relevant search engines and your hosting providers. Linking back will surely make you look responsible.
2018-02-10
sadiqduniya
Previous: 10 Genuine Websites You Can Write For and Get Paid Instantly
Next: Valentine: 10 Categories of Guys You Will See and How They Will Behave