Truth For The Wise: Don’t Expect More Jobs In The Future

Posted by: sadiqduniya in Uncategorized 2018-02-19 Comments Off on Truth For The Wise: Don’t Expect More Jobs In The Future 88 Views 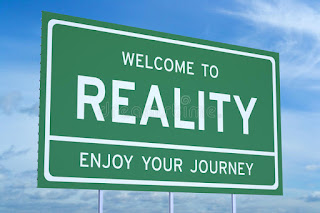 One of the greatest problems confronting governments around the world is that of unemployment. It has been the sole reason why an administration was voted out and why another was elected. Needless to say, one of the shiny promises of the present regime in government during the election period was that it would create 3 million jobs. The Donald Trump’s administration considers lower rate of employment as one of its greatest successes.
This point will not cease to be an important factor in every sphere of the globe because the low rate of unemployment will translate to lower crime incidences. Yet, despite how important this is, the future doesn’t look too good. History has shown it, and the current pattern of events is already working towards that goal.
A look at history
For the sake of those who may be interested in examples, let’s take a look at one or two historical events that share a semblance with what’s playing out in our day.

Ads:
Exposed Secret Of How A Former School Teacher Makes Over N100, 000 Daily As An Affiliate Marketer. Click To See It Now

The invention of earth moving machines
In the early 1900s, the construction of roads and bridges was a huge task that required a lot of manual labour. To build roads and level grounds required huge manpower with shovel, cutlasses, mules and other crude tools. As some writers put it, the whole scene pretty much seemed to be part of the Stone Age.
However, this began to change as one man, R.G. LeTourneau , wanted a way to execute the projects faster and at a cheaper cost. Being a mechanical engineer, he started inventing machines and earth moving equipment that could get the job done the way he envisioned. Within his lifetime, he had over 300 patented engineering designs and played an integral role in building some of the famous earth moving machines used during the second war.
However, this technological stride came at a price as it led to many of the people who offered their labour for money losing their means of livelihood. It was indeed a difficult moment in the United States as the news of the inventions was a sweet bitter pill which pushed the unemployment rate up.
The creation of internet phone calls
Away from this event faraway in history, let’s use another example that’s easier to grasp. Right from the invention of telephone by Alexander Graham, many people wanted an opportunity to communicate at a cheaper price. While instant messaging from AOL seemed like a good deal, people wanted to communicate better and in real time. This prayer was answered in 1995 when the first voice internet call was made, referred to as Voice over Internet Protocol (VoIP).
However, this technological upgrade took time to spread to other parts of the world. WhatsApp, for instance, though created in 2009 didn’t begin voice messaging till 2013. This technological improvement sparked problems in Nigeria (and other parts of the world) for telecommunication service providers. By 2016, Nigeria Telcos were hashing a plan to block WhatsApp and Skype because of the revenue shortfall they caused in the telecoms industry. The mere fact that the telecoms companies could agree on one thing speaks volumes.
Ads
Will You Like To Start Making Over N100, 000 In A Single Day Online? Click Here To See Exactly How I Do It
When this didn’t work, and the companies continued to lose subscribers resulting in a sharp fall in revenue, it was time to put in desperate measures. That triggered off massive retrenchment of staff with Airtel once relieving over 3,000 of its staff of their jobs in one move. Many can still vividly remember this period. It was an avalanche of one bad news after another.
A look at the future 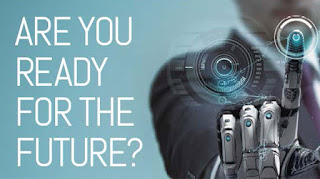 While there are many indications that that things are headed that route like never before, for the sake of space, let’s quickly analyze two future technological goals that are doomsday prophecies in themselves even though they are still technological advancements.
The long discussed global warming issue was one of the reasons that fuelled the invention of the electric cars. The cars would strike out the problem of emission of smoke which is bad for the environment. By 2030, most countries would have phased out the use of electric cars. This invariably means demand would drop for oil and would likely cause at least 1/3 of the workforce in oil countries lose their jobs. Consider the fact that Nigeria depends on oil as major source of income and you’d know the economic crisis that happened last year may just repeat itself soon except measures are put in place to diversify.
On the other hand, WhatsApp recently announced that it has integrated payments that would run like mobile wallet into its app. This means tougher times are coming for banks as this would mean lesser money in traditional bank accounts. You are probably aware of the mass retrenchment that happened in the banking sector last year; with this financial innovation from WhatsApp, it may just occur again in another heavy fashion.
ADS:
Gbenga The Ordinary Naija Guy That Makes $2971 Dollar Monthly From Fiverr Reveals His Secret Tricks. Click Here To See It Before They Take It Down
What should a smart person think?
As more innovations are popping up to advance ease of life and business, more people are bound to lose their jobs. In all this, what should the smart person in Nigeria think? The answer is to go digital! That’s the new direction the world is headed. Having digital skills will not only increase your value in the marketplace but also provide you with a backup against future contingencies.
So if you’re unemployed and still hoping for more jobs in future, you may just be waiting in vain. It’s time to get digital skills and help yourself. The government, as time has repeatedly shown, can do little to provide jobs. In fact, the coming years will see more of job losses than job creation. Now is the best time to make the switch over to digital income.
If you’d like to make that switch over today, click this link to find all the information you need to start earning online.
For bloggers that steal content: Please know that we spend a lot of time and finance on content creation and we do not tolerate plagiarisms. If you can’t put a link back to this post, please don’t use it. We will report your blog or website to relevant search engines and your hosting providers. Linking back will surely make you look responsible.
2018-02-19
sadiqduniya
Previous: Top Reasons You Should Make Up Your Mind About Joining Fiverr
Next: Tips and Tricks You Must Apply To Become a Top Freelancer in 2018