How to build a successful business empire

Posted by: sadiqduniya in Uncategorized 2018-10-21 Comments Off on How to build a successful business empire 56 Views


One of the greatest needs of man is money. Money almost literally controls the society we live in. You can almost not be able to do anything serious in this Terrain or live a certain way without money. We all need money. Everyone I’ve met has dreamt of owning something or having a business that can keep itself running while bringing in so much income at the end of the month. It’s a good desire.

The only problem is that people often don’t want to do what is involved in getting all these. They’ll rather sit and spend time wishing and hoping that one day, a huge business like Facebook will drop at their feet.

But we all know life doesn’t work that way. Some of the people who run these businesses rarely sleep six hours straight. They read and read and study so that they can remain relevant. That’s the sacrifice it takes to be successful.

Nobody just wakes up successful. If you do, you’re sitting on someone Else’s already done hard work. That is the truth. This brings me to talk about something today. Let us show you simple steps to building a lasting business and Legacy

1. Identify a problem: Every device or invention you see around, from cars to telephone to houses to anything at all you see was born out of a strong desire to solve a problem that the inventor saw. Mark Zuckerberg discovered that communication wasn’t so smooth. He decided to do something about it. He made Facebook. Karl Benz thought that moving around on foot had become really cumbersome for man so he made the first car.

Samuel Morse invented the modern day telegram out of heartbreak. His wife had died from a heart attack and he didn’t know because messages arrived too late. By the time he got the message, she had been buried. It made him look for a way to make communication faster and the telegram was born. And I could go on. This shows that there are many problems everywhere. People are still inventing.

People are still identifying problems in their local communities and doing something about that problem. So, you must identify a problem to solve. There is a problem or need around you. Open your eyes and look around. You’ll surely find a problem you can solve. 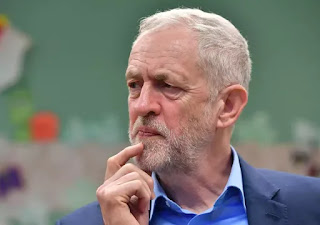 
3. Find a way to let people know about your solution : Now that’s where marketing comes in. You need to get your solution out there so that people can see that you have a solution to a problem they thought still exists. Once you can do this, you’re almost there. This is definitely a huge part of your work.

As a matter of fact, the impact or lack of impact your business will have will be largely dependent on how many people can see you and see what you’re doing. If people don’t know about your solution, they won’t know about the good thing you’re bringing their way. Every successful business that will later become a household name will have to do a lot of marketing This is too important. 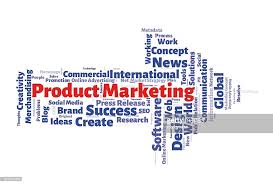 4. Grow and evolve : By now, you will have started making money. The only way to remain relevant is to grow and evolve with trend. Don’t be too rigid. Don’t be like Nokia that refused to get android os on their phones for a long time until they became irrelevant. Relevance must be within the existing environment and society. You’re serving a society not yourself so you must tune your business to grow with the needs and evolving trends to remain relevant.


5. Be Consistent: Nobody likes an ‘Amaka’ the latest Nigerian term for a person that likes to disappoint. You must understand that the moment people start to trust your business and what you offer, it becomes important that you do everything within your means to always show up and avoid disappointments. Don’t let your customers think for a second that you’re not serious. Trust is easily lost. Always be there for them and you will make much more money.


6. Finally, create a system or structure around it: this is to ensure that even if you die, your business will continue to thrive. Steve Jobbs is late but every year, Apple retains it’s number one spot in smartphone market. If Bill Gates drops dead today, you can be sure that Microsoft will not collapse. That is what I mean by creating a system. Once you can successfully do this, you have a legacy.

So it’s time to identify that problem and solve it. The sky will be your starting point.
You can start that business now! .

2018-10-21
sadiqduniya
Previous: THE MAIN GIST OF FREELANCING
Next: The Pros and Cons of Affiliate marketing